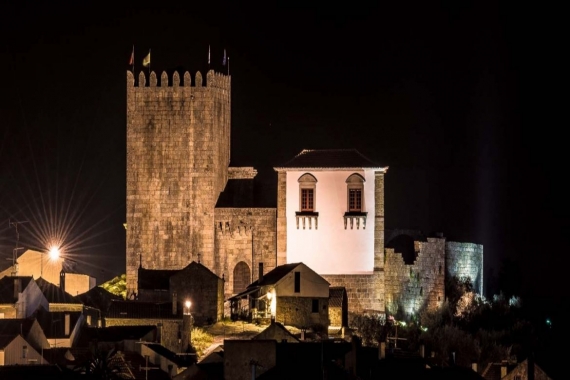 Our tour starts in the morning towards Tomar, town well known for its strong connection to the Knights Templar since the beginning of XII century. As it must to build your castle and convent that grew into the headquarters of this religious order, later transformed into the Order of Christ that drove the Portuguese discoveries. With the expulsion of the Jews from Spain in 1492, the city had a good synagogue welcomed much of artisans, professionals and merchants refugees. The Jewish settlement gave new meaning to Tomar and was vital to the success of Discovery`s.Getting there we will visit the original synagogue, built by Prince Henry, and Convent of Christ.After our visit, we will continue our tour to Belmonte, earth deeply connected to the Jewish people and the Sephardic Jewish history, associated with the resistance of the Jews to religious intolerance in the Iberian Peninsula. In the sixteenth century, during the period of inquisition Jewish people were forced to convert or leave the country. Many abandoned, and others converted to Christianity in official terms, keeping their worship and cultural traditions within the family. But a third group of Jews, took a more extreme measure. Several decided to isolate themselves from the outside world, cutting off contact with the rest of the country and follow their traditions strictly. This group of Jews who took their religion until the end were called “Marranos“, alluding to ritual prohibition against eating pork. For centuries the Marranos of Belmonte maintained their Jewish traditions almost intact, making it an exceptional case criptojudaica community. Only in the 70s the community established contact with the Jews of Israel and officiated Judaism as their religion. In 2005 the city opened the Jewish Museum of Belmonte, the first of its kind in Portugal, showing the traditions and the day-to-day of this community, who gladly will visit to find out more about this community full of customs and Jewish traditions. But Belmonte has strong roots with an important character of discovery. We can still see the house where Pedro Alvares Cabral, the explorer who discovered Brazil was borned, the castle ruins and the olive oil museum.Leaving Belmonte we head to Castelo de Vide,a very important city during the period of the Inquisition in Spain. This city as Belmonte  the  grew with the coming of the Jewish people who were keeping their customs and traditions up to the present day. In Castelo de Vide we visit the synagogue, the jewish quarter  and the Castle, which still has its Burgh well preserved . Then Return to Lisbon. 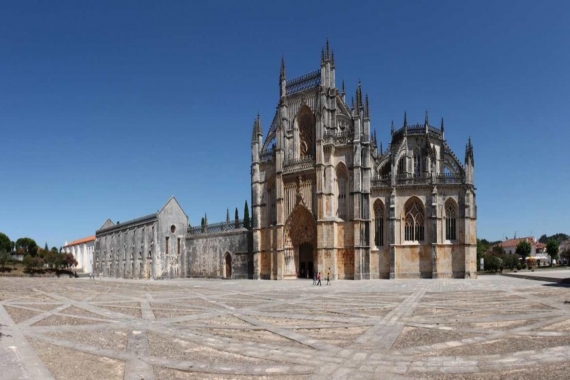 Being Catholic or not this is a mandatory stop. One of the biggest centers of pilgrimage to the Virgin Mary of the Catholic world, the famous Fatima Shrine attracts more than 1 million pilgrims every year. Visit the Basilica of Our Lady and the Chapel of Apparitions. Then we will go to the small town called Batalha. Meet the Dominican Monastery of Santa Maria da Vitória masterpiece of Gothic architecture, world heritage of UNESCO. Then, indulge yourself with fresh fish from the fishing village and Suft Mecca of Nazaré framed by the Atlantic Ocean. After lunch explore the charming medieval town of Obidos surrounded by imposing walls of the fourteenth century that make up a castle well preserved. Scroll through your walls and landscapes of small alleys and churches, and taste Ginjinha de Obidos a licor that you will never forget. 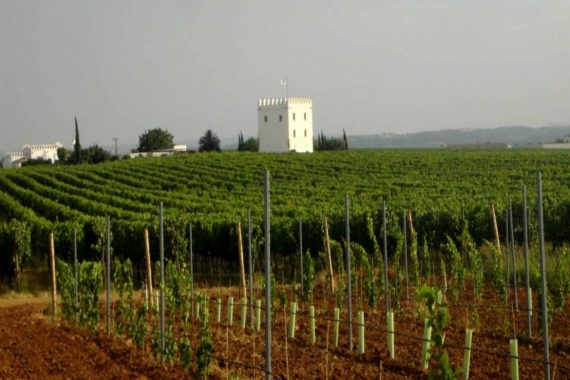 This charming tour starts in Lisbon, where you begin traveling to the southern part of the country, Alentejo. The visit begins with the beautiful medieval city of Évora, the historical center in Alto Alentejo, an area which has been declared world cultural heritage by UNESCO in 1986, and where you can visit monuments like: The Catederal, Roman Temple, Church of St. Francisco and its bones chapel  Then we drive  to Herdade do Esporão at Reguengos de Monsaraz ... upon arrival you will have an amazing view of this large real estate of 600 hect of vineyards, with emphasis to the Tower of Esporão dating from the year 1267 and where we found a lovely Chapel of Our Lady of Remédios .  You can enjoy your lunch here, since it has a friendly local atmosphere and is known for its excellent cuisine and for producing the world`s finest wines.  Original products of the land of Esporão offer a perfect combination of modern and traditional cuisine of Alentejo.  We continue our journey to Monsaraz, another walled town that not only kept the essence of times past where schist protects the white houses,  but also has one of the most precious sights on the largest artificial lakes in Europe, the Alqueva. 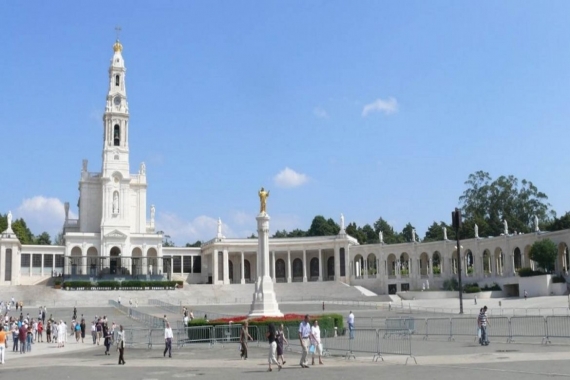 A believer or not, this is one of the biggest Sanctuaries in the world devoted to the Virgin Mary.

The Sanctuary welcomes over 1 millions of Pilgrims per year that come here to show their faith to the Our Lady.

The events took place in 1917 a dark period in Europe’s history and from then onwards the Story of those 3 little children have such power that once you get there, you can’t help but be impressed by the strong faith that the Sanctuary emanates. 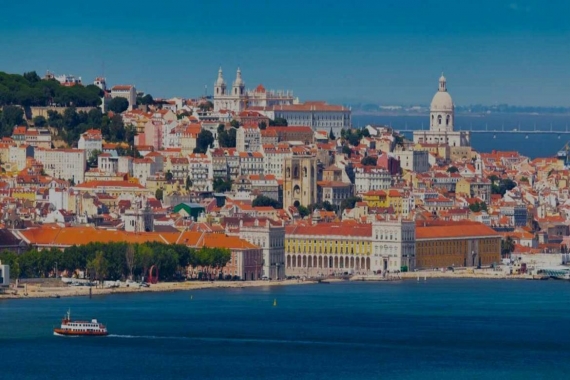 Meet the famous Portuguese city and enjoy all of its beauty and glamour.

Your experience begins passing through the french inspired Liberty Avenue, passing by Restauradores Square & Rossio Square, the heart of the Portuguese Capital. 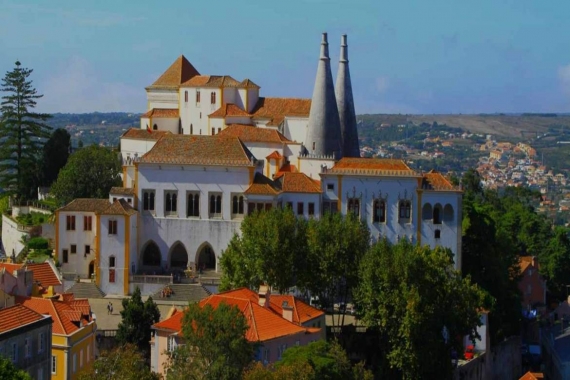 On the way to Sintra let’s start by visiting the 18th Century National Palace of Queluz with its beautiful gardens. Next stop Sintra… Here you may enjoy the magical atmosphere wondering around the historical centre and discover the Town Palace.

Going up among the mystical woods of Sintra, you’ll find on the hill top the Bavarian inspired 19th Century Pena Palace, Very well decorated with the finest pieces of decoration that the royal family left there. 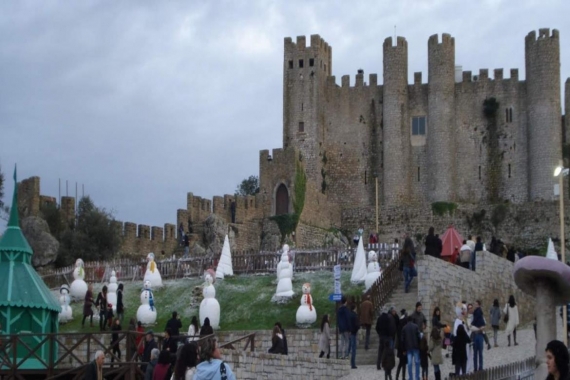 Only a 40 min from Lisbon we will find the work of the greatest exponent of Baroque art in Portugal, built by King John V. whole monumental complex is the towering legacy that King left the arts and culture of the country and the world, a sign times of peace and prosperity experienced in 1700.

Amid the quiet town of Mafra stands the sumptuous complex part of the Royal Basilica, the Royal Palace, Convent and Royal Hunting Reserve, which have a particularly large collection with its library of "Lights," a nucleus with a convent hospital in time and two chimes and a single forest with a huge diversity of habitats that allow the existence of a large number of animals, a true living laboratory where all the animals are free.

In the afternoon, enjoy the rest of the day to enjoy the delights of the medieval village of Óbidos preserved over the centuries for its fantastic walls where you can enjoy the surroundings.

Will surely not forget these flowery lanes elected as a place of refuge for kings and queens. 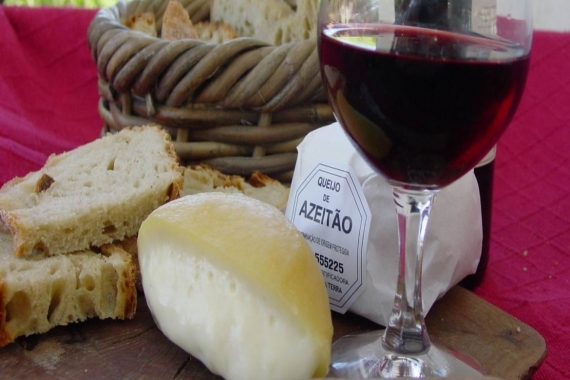 This tour combines the best in Portugal. Prepare to see breathtaking scenery and feel intense flavors in a rural area today visited by her creamy cheeses and prestigious wines. After crossing the bridge April 25, arrived quickly to the small village of Azeitao , where a landscape of olive groves, vineyards and oak trees prevail. Indulge in a tasting of feta cheese accompanied by a drink in the historic cellars of José Maria da Fonseca, producing Periquita wine , Moscatel wine and more than 40 brands. During the view get to know a little more of its 100 years old history and its secrets. This is a region known for its sweets, the famous pie “ torta de Azeitao “ Then why not try one? Acoordding your interest for the workshop visit St. Simão to understand the process of making handmade Portuguese tiles as well as ceramic and porcelain Vila Fresca.Driving to ovely and sunny Sesimbra, a small fishing village, from the reign of D. Dinis from the 13th century, visiting his castle with a unique view and scenic beauty. Following to the center of the village you can taste the famous cuisine of this fishing village, known for its grilled fish and enjoy your beach. After lunch, we drive Setubal Castle builted in XVII century, through Arrábida with spectacular views over the Atlantic and the Peninsula of Troia. On our return to Lisbon still time to visit the castle of Palmela. The views here are spectacular, where on a clear day, Lisbon is visible in the distance. 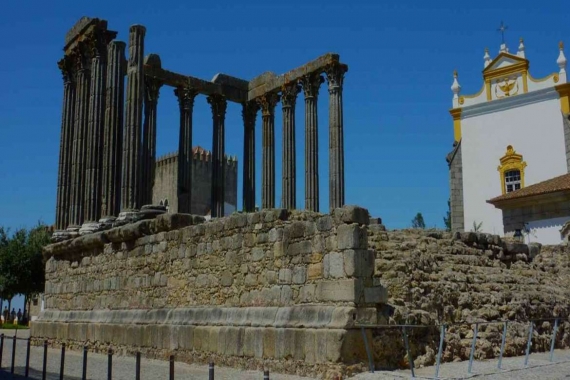 You feel like stopping the clock? Head south and get to know the larger region of Portugal distinguished by the wide plains and go back to the past. On the way you will observe that the traditional old-farming is still present in the culture, and economy of the region.

The tour high points can be remains from the Palaeolithic period to traces left by Roman conquerors, to Storks nests squatting chimneys, or even the delightful gastronomy of the region based in Mediterranean principals combined with the best local products pork, game, bread cheeses and wines.

This historical city, classified as World Heritage by Unesco, offers you the unique experience to travel in time. Do not miss the master pieces of the carved details of the Cathedral with the Gothic ambience, the Roman Temple built at the highest point of the city (250mts), the lovely Loios Convent, which now works as a charming hotel and St. Francis Church along with the Bones Chapel.